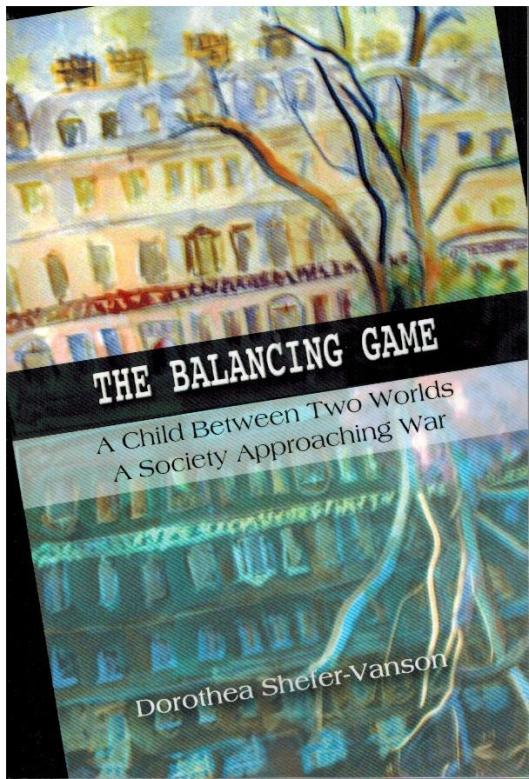 After publishing my novel, ‘The Balancing Game,’ I felt that I was entitled to subscribe to the IAWE (Israel Association of Writers in English). Since joining I have begun to receive invitations to attend one or another of the writing seminars that they organize. Of course, all these involve paying a fee of one kind or another, and the cost involved means that I am generally well able to resist the temptation to hone my writing skills and – perhaps more importantly – meet other like-minded individuals.

However, when I received notification about a one-day seminar, known as a master class, on the subject of ‘Writing About Family,’ I finally succumbed. It was to be held not far from where I live, the cost was not exorbitant and I began to look forward to the encounter with fellow-writers and kindred spirits.

In ‘The Balancing Game’ I focus to a great extent on family life, as perceived by a child, and although it’s too late to amend any mistakes I may have made in it, I have other books in the pipeline which I felt might benefit from a fresh approach. In fact, in one way or another pretty much everything I write is connected with family, and I have to admit that it is the focal point of my life.

Prior to the class the fourteen participants were sent three passages as reading assignments. These were largely associated with mother-daughter relationships, and were of varying quality. But I persevered, even though one so-called ‘story’ was particularly long and boring, wondering as I did so how some of these writers managed to find publishers who were prepared to bring their material to the world.

And so it was that on a fine June morning I found myself sitting round a long table on a shady deck in the Judean Hills, together with the other participants, all of them women and all (except one, who had children who were younger than my grandchildren) no longer young. It was interesting to meet the other aspiring writers, some of whom had even been published in one forum or another.

After everyone at the table had introduced themselves and given a brief biography, we got down to business. The moderator, Ilana Blumberg, who has published a memoir entitled ‘Houses of Study’ and teaches English literature at Michigan State University, made some good points about what helps to make a narrative text flow smoothly, what is the nature of good writing, and the importance of being aware of the audience to which one’s writing is addressed.

We were then asked to write about how one’s mind wanders while performing a routine activity such as washing dishes, and each one of us was asked to read her piece out. It was interesting to see what the others had produced, and some of the writing was really amusing, insightful and revealing.

I found myself writing about a situation in my childhood when I and my sisters would help our father washing the dishes at the weekend. The train of associations that it produced was quite an eye-opener for me, and several of the participants said that they would like to hear more (they could if they bought ‘The Balancing Game,’ and one of them actually did).

After each piece was read out Ilana analysed it with considerable insight and tact, always seeking out the positive aspects. Then the other participants were asked for their comments. The women were almost invariably generous in their praise, and I don’t recollect a single word of criticism from any of them. Perhaps they were too kind, but it was helpful to hear what everyone had to say.

Finally, we were given another writing exercise, this time it involved generalizing our personal experiences, as the author of one of the set texts had done. Once again, I was amazed at the stream of ideas that emanated from my fevered brain. Who knows, maybe one day it will constitute part of another book that I may or may not write.

1 thought on “A Master Class in Writing”