For me personally, the principal attraction of Richmond, Virginia is the presence there or in the vicinity of two first cousins and their families. For those of us who belong to what is known as the Second Generation (of Holocaust survivors), and whose families have been scattered all over the world as a result, the opportunities for a family reunion with relatives who live in different countries are few and far between, involving considerable expenditure of time, energy and mammon.

But there are other attractions in Richmond, the capital of the state of Virginia. Founded in 1737 by colonists from Britain, it was named for the area just outside London that goes by the same name, because the course of the James River, on whose banks it is situated, reminded the founders of the Thames at that spot in England.

Thus, the city has a proud Colonial past and Civil War history. As part of the old south, it was the capital of the Confederacy during the hostilities. One of its main thoroughfares is called Monuments Avenue, and contains monuments to various figures from American history and also…Arthur Ashe, former tennis champion and a native of Richmond. The general appearance of the city is of a pleasant, spacious place to live, with no shortage of land or resources, wide boulevards and plenty of greenery, within a general setting of woodland and farms.

There is also a thriving Jewish population which has been in the area almost since the establishment of the town, with a large, active community centre, several synagogues and a Holocaust Museum.

While the town has several museums of various kinds (a science museum, a children’s museum, a local historical museum, to name but a few), the jewel in Richmond’s crown is the Virginia Museum of Fine Arts. Housed in a grand Victorian structure, a few years ago it underwent a massive expansion in which the exhibition space was almost doubled by the addition of a large glass structure.

The museum contains some stunning exhibits, among them artifacts from ancient Egypt, Greece and Rome, a rare collection of Fabergé eggs (not on display when we visited), an amazing display of Tiffany glass objects and an astounding array of works by French Impressionists from the private collection of Mr. and Mrs. Paul Mellon. Just to list the various galleries and their contents would be tiresome to read, but believe me, the museum is a veritable treasure trove which merits a repeated visit

To my surprise, the staid university city of Boston offers a variety of cultural delights and turns out to be as vibrant and colorful as any metropolis anywhere.

First of all, there is the Museum of Fine Arts, or MFA, as it is popularly known. It is enormous, and contains a vast range of paintings, sculptures, and archaeological artifacts from every period and from all over the world. Several pictures by Rembrandt brush shoulders with a huge collection of Hanoverian silver, colorfully painted  Egyptian mummies lie alongside glass cabinets chic-bloc full of graceful Grecian urns, and art of all kinds is bursting from the seams of this encyclopedic museum.

The museum also boasts a fine dining area beneath a huge, open space and overlooked by a tree-like Chihuli glass sculpture that almost reaches the ceiling (it’s held in place by metal struts at the top), giving the area a unique ambience. There is so much to see in this museum that we had to go back for a second day of touring its impressive galleries.

We also spent a day (not enough, of course) at a museum named for its founder, donor, curator and begetter, the Isabella Stewart Gardner Museum. This lady, who was born into money and also married into it, spent her entire life traveling around Europe and other countries, and collecting beautiful and precious things. Then she had a special museum built to house them all. The building reproduces the architecture of a Venetian palazzo, with an amazing entry courtyard based on the kind of courtyard and surrounding gallery that was found in medieval monasteries. The riot of flowers, trees and plants that meet the eye as one enters is quite breathtaking, and the glass roof above it allows for all kinds of exotic flowers to flourish there, including some amazing orchids.

After walking around the courtyard one begins the tour of the various galleries, or rooms. Each one contains what seems at first sight to be a hotch-potch of items — paintings, objects d’art, period furniture — all jumbled together and, disappointingly, no labels! In each room printed guides are provided, explaining what the various items are. This requires a bit of getting used to, but as one proceeds from one room to another one gets the idea and also begins to grasp the underlying logic and the connections between the individual objects.

In essence, the museum reflects the character of a very wealthy woman, one who had a good aesthetic sense, a bevy of artistic advisors, and who was an obsessive collector. Tapestries, fabrics, letters, sketches, and cabinets containing pieces of hand-made lace crowd the walls of the rooms, alongside old masters, medieval religious paintings, Renaissance furniture and all manner of curios. An early self-portrait by Rembrandt gazes out at us with innocent eyes in one room, and in another we come across a full-length portrait of Isabella Gardnerr herself in a black velvet evening gown painted by John Singer Sargent, one of her many artist friends. Coming out of the museum into the light of day, the visitor feels dazed by the wild profusion of works of art in their lavish settings.

Perhaps that was the effect Isabella Stewart Gardiner wanted to achieve, as she left strict instructions in her will that nothing of the disposition of the objects on the three floors of the museum was to be changed, but should be left just as she had determined almost a hundred years ago. 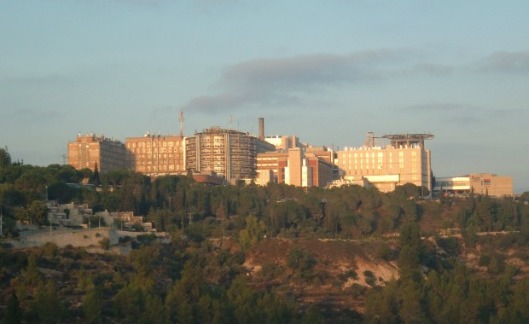 Not long ago I was privileged to hear renowned architect Arthur Spector give a talk about the new Hadassah Hospital building at Ein Kerem designed by his firm. Leaving aside the financial aspect of the building, which has aroused some controversy, Arthur proceeded to provide his audience with a fascinating insight into the inner workings of the architectural process.

Illustrating his talk with many slides, Arthur described the process of planning and erecting the building, pointing out the many aspects involved in adhering to the ecological principles of sustainable construction. Putting up a ‘green’ building requires paying attention to a myriad of technical features, such as using renewable energy (wind, sun), minimizing carbon pollution, using materials efficiently, maintaining indoor air quality (no simple matter in a hospital) and minimizing the negative impact on the environment. In this instance the process involved consulting numerous experts in a wide variety of fields, which Arthur has calculated as accounting for 1,300 meetings with 36 consultants. The role of the architect is to manage all the information without losing the soul of the design, as embodied in the slogan ‘architecture is the marriage of the art of the dream with the art of the real.’

The spacious, landscaped atrium provides a welcoming entrance to the hospital, forming a stark contrast with the constraining and unaesthetic entrance to the old building. In designing the individual inpatients rooms, which contain one or two beds only, the paramount concern was to provide privacy as well as comfort and easy access for medical procedures. As someone who has availed herself of the services of the new building I can attest to the achievement of this aim.

In the 1950s it was Israel’s first Prime Minister, David Ben-Gurion, who chose the Ein Kerem site for the Hadassah Hospital, seeking to combine Jerusalem’s healthy mountain air with sufficient distance from the border to ensure that Jordanian artillery fire did not reach the hospital. Today that military consideration is no longer relevant. The location of the hospital, on the outskirts of Jerusalem, has caused the city to develop westward and increased the Jewish population in that part of the city. The original inpatients building was built according to specifications that were not suited to Israel’s climate and conditions, with wards into which four or five beds were crowded, an impractical layout and an entrance that was unfriendly and narrow.

In planning a hospital special constraints have to be taken into consideration, and this is particularly difficult given the varied cultural and ethnic composition of Israel’s population. In addition to providing a welcoming entranceway, a hospital should combine functionality with flexibility, enable smooth connections between salient medical functions, provide possibilities of expansion, take the context and culture of the population into account and maintain the aesthetic values that all architects seek to uphold.

As well as functioning as a medical facility, Hadassah’s Ein Kerem hospital campus serves as a tourist attraction, drawing 200,000 visitors each year, many of them eager to see the stained-glass windows designed by Chagall for the hospital’s synagogue. The new building will eventually provide over 500 beds, and the old building will be used as outpatients clinics. Healing gardens have been created on alternate floors of the new building, each one having one of the four elements – air, fire, earth water – as its theme. Future possibilities include bringing art works into the hospital, and even holding art exhibitions there.

In concluding, Arthur Spector noted that it is in hospitals that one sees all the disparate elements of Israel’s population – Jews, Arabs, Christians, Druze – side by side as they seek to get well or help a sick relative recover. It is our common human frailty that brings us all together, and it is there that one sees tangible evidence to support the belief that reconciliation between Palestinians and Jews is possible.