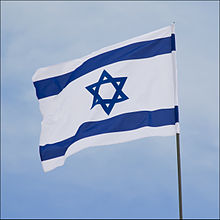 The headline in the paper one morning made me shudder. It reported that Israel’s Minister of Education, Naftali Bennet, had proclaimed that it was more important to focus on Jewish studies in schools than on maths and science subjects.

Admittedly, the party that Bennet represents, Jewish Home, stands for those values that the religious segment of the population regards as paramount, but one would expect the Minister of Education to take into account the views of the general population, the majority of which sends its children to secular schools. After all, the religious segment of Israel’s population has its own schools, covering all the various shades and gradations of religious observance. In addition, all secular schools are required to include Bible studies and Jewish subjects in their curricula, and this has always been the case.

What Bennet’s ideas sound like to me is proselytising, or even an attempt at brainwashing. After all, children’s minds are malleable and pupils generally tend to accept what they are taught by figures of authority, i.e., teachers. In addition, I fail to see how secular teachers can be expected to impart values, customs and mores to which they do not themselves subscribe.

The whole episode brought to mind my long-lost youth when, as the product of an orthodox home, it was the most natural thing in the world for me to join the Bnei Akivah youth movement. As teenagers we had some good times at weekly meetings, weekend seminars and summer camps, Bnei Akiva in those days was more moderate in its approach to religion than it is today, and boys and girls mixed freely, though I have the feeling that our way of enjoying ourselves then is probably not what today’s youngsters would consider constituting a good time. We spent weekends and summer holidays together in rented boarding schools or under canvas, dividing our time between serious subjects and having fun, always under the guidance of some older, supposedly more responsible, members.

One incident that stands out in my mind is a Shabbat lunch when, uplifted by the enthusiastic singing of the entire camp, one of our leaders declared: “It is by expanding observance of the Shabbat to include all Jews everywhere that we will finally attain our goal of Medinat Halacha, i.e., the State of Israel run on the lines of the universal observance of Judaism.”

At the time I found that inspiring, but today the thought fills me with horror. Israel today is witness to a constant battle between the efforts of the religious parties to impose their views on the entire country, so that on Shabbat there is no public transport, all shops are shut and essential infrastructure maintenance work cannot be implemented. It goes without saying that the attitude towards women in orthodox Judaism is unacceptable in today’s modern, egalitarian world.

Israel’s unfortunate electoral system has given rise to a situation in which coalition governments are unavoidable, and the stranglehold of the religious parties obliges governments to accede to their demands. If it is their intention to make Israel a Medinat Halacha I’m very much afraid they will find themselves in a State of their own, possibly together with the Moslem extremists with whom they have so much in common.

(This article appeared in the November edition of the AJR Journal.) 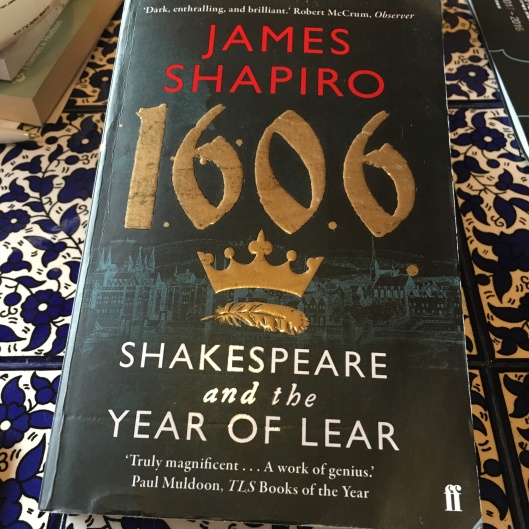 When I picked this book up at Luton airport, as I was about to board a plane, I thought I was going to read a historical novel. I couldn’t have been more wrong. All the same, this historically accurate account of the events that occurred in that year, and the ways in which they affected Shakespeare and his contemporaries, reads like an exciting detective story, taking the reader along an uncharted route in which previously hidden connections are established and mysteries resolved.

James Shapiro, who is Professor of English at Columbia University, New York, displays a breadth and depth of knowledge that left me astounded. Linking together the hiatus caused by the succession of King James the First, the son of Queen Elizabeth the First’s cousin and rival, Mary Queen of Scots, and the resultant Union of England and Scotland, Shapiro shows how the opening scene of King Lear alludes to this event. The life and livelihood of actors and playwrights could be precarious at that time, so Shakespeare and his fellow-playwrights had to tread very carefully when writing about current events.

In addition to the possibility that plays which were considered politically threatening could be banned by the Lord Chamberlain, who acted on the monarch’s behalf, the theatres of London were periodically closed for reasons such as Lent (the period leading up to Easter), fears of the recurrence of an epidemic of plague, and apprehensions regarding political unrest. This was a time when religious rivalries were still rife, with the Catholic faith being regarded as subversive, even treasonable. In this connection Shapiro devotes a particularly learned and fascinating chapter to the concept of equivocation – a rhetorical technique used by persons suspected of Catholic leanings to avoid being apprehended and forced to confess their crime.

This was also the year of the Gunpowder Plot, the infamous attempt by Guy Fawkes and his associates to blow up the Houses of Parliament just when the king and his court were in attendance. The fortuitous way the plot was uncovered and the ramifications of this and the subsequent trials and executions of the considerable number of conspirators undoubtedly left a deep impression on all strata of English society, both urban and rural. The extent to which the date is still commemorated in England today is just one indication of the widespread effect of the event and its consequences throughout the land.

But for me, an avowed devotee of what may be considered to be Shakespeare’s greatest play, it came as something of a shock to find that the Bard based the text to a considerable extent on a previous play, ‘The True Chronicle History of King Leir,’ written by an unknown hand and performed by a rival troop of actors known as The Queen’s Men. From Shapiro’s careful analysis we learn that Shakespeare must have not only seen the original play performed on stage but also had the printed text beside him while he wrote, as there are several clear parallels between the wording in both plays. There is, of course, much in the play that is Shakespeare’s own invention and it is no simple matter to disentangle the text that is Shakespeare’s and what he has cribbed from the previous version. This is made even more complicated by the changes that were made to the text between the publication of the first version of the play (the 1608 quarto) and the later one (the1623 folio), some substantial, others inconsequential, with omissions and additions in various hands, possibly due to the exigencies of staging the play at various venues.

The fact that a Scottish king was now on the throne of England created new problems for Shakespeare as well as providing him with inspiration, most prominently for Macbeth. Once again, he had to tread a fine line between courting favour with the monarch, a prominent consumer of dramatic plays, and employing terms and creating situations that would not be taken amiss by those in power. In that same year Shakespeare also wrote Anthony and Cleopatra, and Shapiro reveals the similarities between those two plays as well as their relevance to the general situation at the time.

This book is both mind-blowing and eye-opening, and I can only sit back and admire the breadth of knowledge and depth of understanding that has gone into writing it. We all know that Shakespeare relied on historical sources for the plots of many of his plays, but here we see the creative process taking shape and form before our very eyes, and the revelation is both enriching and empowering. 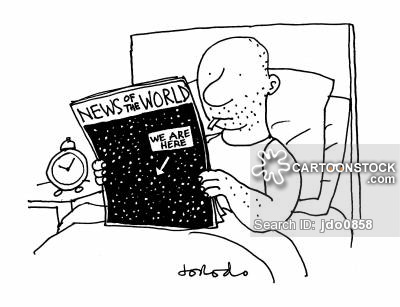 News of the World front page pointing out earth’s location in space.

There’s an ill wind blowing through the world.

First Brexit, and now Trump. What’s next? And what makes people vote for a policy or a person that seems on the face of it to embody all that is worst in human nature and societal relations?

In the referendum in the UK, as far as I could tell from thousands of miles away in Israel, the focus was on the negative. Feelings of resentment were directed against foreigners and experts who predicted dire economic consequences; in addition, misleading – even mendacious – statements were made about the redirection of funds. Foremost among those stirring up all these antagonistic emotions was the tabloid press, but that comes as no surprise, as it has always appealed to the lowest common denominator in the British public. But yet it worked, and the (small) majority voted to leave the EU.

The bottom line there, as far as I can see from far away, was that the British education system has failed miserably to provide a decent level of schooling for the majority of Britons. Way back then, when I benefited from a reasonably decent grammar school and then went on to university, with tuition paid by the government, I took all that for granted. I didn’t realise it at the time, but I was part of the system that created a meritocracy, leaving a large proportion of young people out in the cold. It was that generation, now grown up, that voted to leave.

Today, the situation is very different, and while a far greater percentage of British school-leavers attend further or higher education than was the case in my day, an even greater proportion of youngsters seems to be left high and dry, without the means of supporting themselves to a decent level, full of resentment towards those who do work hard in order to better themselves, and particularly if those people happen to have been born outside Britain.

And now the same current of emotion appears to have inspired millions of Americans to vote for a man who, without an iota of shame, uses demagoguery and prejudice to rally support. The USA was founded in order to provide freedom from oppression and constitute a haven for immigrants, but those values seem to have been thrown aside in the stampede towards power and exclusion.

That current of ignorance and prejudice tends to be fanned up to astonishing heights at election time, as happened here in Israel not so long ago with Netanyahu’s falsehood about busloads of Arabs were being taken to the polling stations. And it seems that it was that statement that swung the election for him, so that Netanyahu and his party gained power on the basis of scaremongering and prejudice. The rise in poverty rates and income inequality in Israel in recent years seems not to concern that segment of the population which continues to vote for the government that keeps them in poverty and does little or nothing to improve their economic situation, despite promises to the contrary.

Shades of Weimar Germany? I hope not. But the lessons of history seem not to have been learnt yet by a sufficient number of people. Or could this just be part of the Marxist formula of thesis-antithesis-synthesis regarding the course of history? That being the case, there is hope for us, because eventually the pendulum will swing back.