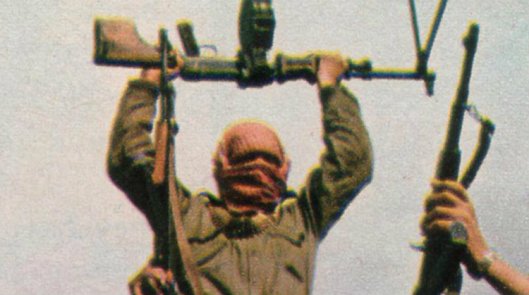 It pains me to write this, but there seems to be a straight line between the rejection of the UN Partition Plan by the Arab countries in 1947 and the Palestinian Authority’s current refusal to attend the Bahrein workshop arranged by the USA in an attempt to move towards a solution of the ‘Palestinian problem.’

At the time of the Partition Plan there was no Palestinian Authority, or even a Palestinian entity, yet the intransigence that was displayed then has become an integral part of any interaction with anyone seeking to resolve the issue. I know that David Ben-Gurion and the leaders of the Yishuv were not at all happy with the compromise solution proposed by the UN in 1947 but were prepared to accept the offer simply in order to attain some form of a Jewish homeland. The Arab states attacked the nascent State of Israel but were rebuffed, and the result was that the Jews had their state, Israel, and the Arabs (or Palestinians) did not.

The line continues, with steady ‘progress’ through the Arab states’ ‘three nos’ of Khartoum after the Six-Day War of 1967, when Israel offered them peace: ‘No peace with Israel, no recognition of Israel, no negotiations with it’ was their motto, and that was the stand taken by the members of the Arab League during the decades which followed.

Since then some movement has been made towards peace, but by comparison with what might have been it is pitifully small. Yes, now there are peace treaties between Israel and Egypt, after the painful lesson of the Yom Kippur War of 1973, and also between Israel and Jordan, following the rapprochement between Yitzhak Rabin and King Hussein of Jordan in 1994. In both cases the agreements were achieved with the active involvement of the USA, under Jimmy Carter in the first case and Bill Clinton in the second.

Along the way, and as a result of these agreements and the Oslo Accords of 1993 and 1995, the Palestine Liberation Organisation morphed into the officially recognised Palestinian Authority, with institutions of orderly government, some degree of self-rule, and even a modicum of cooperation with the Israeli authorities.

Efforts were made at later stages to get the Palestinians to sit down with the Israelis to negotiate a peace settlement, when Ehud Barak and Ehud Olmert each served as prime minister, and with American backing,. Under both these leaders generous settlements were offered to enable the creation of an independent Palestinian State, but in both instances the Palestinian leadership (headed by Yasser Arafat) rejected them.

Since then there have been shifts within Israeli society, with the right-wing parties assuming prominence and the electorate choosing to elect the Likud and follow a path which does not augur well for the eventual creation of a Palestinian State. On the contrary, the intransigence of right-wing politicians has become even more pronounced, with an ominous bent towards messianic and bible-based views.

If the Arab countries had accepted the UN Partition Plan in 1947 the Palestinians would have their state today, and the world might have been a better and friendlier place. And if the members of the Arab League who gathered in Khartoum in 1967 had accepted Israel’s outstretched hand, there might be peace in the region today. Furthermore, it seems highly unlikely, given the attitude of the disunited Palestinian leadership today, that anything positive will result from the ‘Deal of the Century’ being offered to them today by Donald Trump.

There’s no point dwelling on what might have been. But it all goes to show that those who insist on getting everything and are not prepared to countenance compromise tend to end up with…nothing.