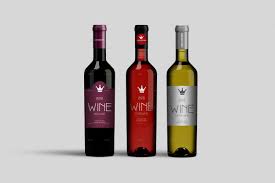 I’m ready. I had no need to stock up on toilet paper, pasta, tins of food or any other staple, as I am always certain to have good supplies of those items. Anyone, like myself, who has lived in Israel, and especially Jerusalem, for over fifty years, has learned to always be well supplied with good stocks of foodstuffs.

It probably started with the siege of Jewish Jerusalem in the framework of the 1948 War of Independence, when the single road to Jerusalem was cut off from the coastal plain by the Arabs whose villages dominated the surrounding hillsides. Many young lives were lost when the armoured convoys bringing food to the beleaguered city were attacked and routed. The rusting wrecks of the burnt-out vehicles in which they died still stand along the side of the road, reminding us of the price that was paid to liberate the capital.

My first experience of having to stockpile food was in the run-up to the Six Day War in 1967, and I’m not sure I was fully aware of the potential gravity of the situation. In the event, the fighting was mercifully brief, and the resulting victory meant that the small grocery stores of the time (there were hardly any supermarkets then) could resume normal business fairly quickly.

But then came the massive, unexpected snowstorm that winter, and once again supplies were limited. The thrill of being snowbound soon wore off, and anyone, like me, who hadn’t learned her lesson in June was made to learn it in January.

There have been other wars and snowstorms since then, but by now I’m an old hand at the business of making sure I always have well-stocked kitchen cabinets, as well as plentiful supplies in my freezer and fridge.

So I was not among the masses who rushed to buy toilet paper and other necessities when the coronavirus scare hit us. However, I did venture out to the supermarket early one morning to make sure I had a sufficient supply of chocolate biscuits (imported from the UK), good chocolate (imported from Switzerland) and wine (both local and imported). As a matter of policy I did not take a trolley (handles full of germs), put the few items I had bought into my shopping bag and proceeded to the express checkout, where there were fewer customers.

So I’m not worried. Moreover, the idea of self-isolation is not totally alien to me. We Brits aren’t used to all the hugging and kissing that goes on in social interaction in the warm countries of the Mediterranean and the Middle East. We may go along with it in order not to stand out like a sore thumb, but it doesn’t really come naturally to us. After all, the term ‘splendid isolation’ originated in British diplomatic policy of the nineteenth century, and served the country very well at the time. Social interaciton in the UK is usually limited to a cool handshake, and it is no great sacrifice to forgo it.

In addition, anyone like myself who has spent many years working from home as a free-lance translator must have either a natural or an acquired inclination to working in isolation. So all in all, the idea of self-isolation suits me fine as long as I’m sure I’m well equipped with the basic necessities of life: chocolate and wine. If I’m left alone and have the things I need I can self-isolate for a year, if need be.